The Honorable Donovan W. Frank U.S. District Judge, District of Minnesota, was celebrated by the Arc of Minnesota yesterday at their 2015 Public Policy Recognition Event. 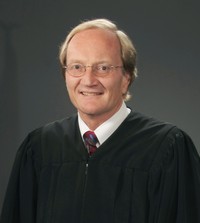 How the ADA Was Passed

Below is an excerpt from an article that will be published in the June 2015 issue of The Federal Lawyer by the Federal Bar Association.

This insightful article tracks the history of the ADA through the following topics: Early Efforts to Achieve Legal Protections for Individuals with Disabilities, Preserving Hard Fought Gains, Seeking More Comprehensive Legal Protection, and Moving the Bill Through Congress.

The Americans with Disabilities Act (ADA) turns 25 years old on July 26, 2015. The Minnesota State Council on Disability (MSCOD) and the project partners are planning a number of activities leading up to and marking this historic day. Read more about these activities on the 25th Anniversary of the ADA Celebration.

The MSCOD ADA 25 year Anniversary Legacy Project seeks to preserve and raise awareness of Minnesota’s role in the development of the ADA as well as celebrate Minnesota’s disability cultures in tandem with the 25 year anniversary of the passage of the ADA.

More information about the Legacy Fund

MSCOD’s Legacy Funds are administered by the Minnesota Humanities Center.