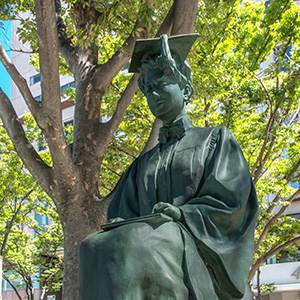 “Life is either a daring adventure, or nothing.”

So said Helen Keller, a person with disabilities who became an educator, a leading humanitarian, and a co-founder of the ACLU.

After college, she focused on improving the lives of other people. She became a well-known lecturer and testified before Congress, advocating for those with vision loss. In 1920, she helped found the American Civil Liberties Union. During her lifetime, she traveled to 35 countries, inspiring millions all over the world.

We celebrate the birthday of this remarkable woman who spent a lifetime working on behalf of people with disabilities.