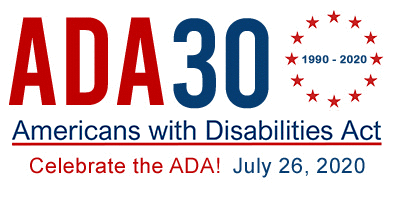 The ADA makes it a violation of federal law to discriminate against people with disabilities. This landmark civil rights legislation cracked open doors to services and employment opportunities for those with disabilities. This statute was not issued as affirmative action, rather it was “…written to strike a balance between the reasonable accommodation of citizens’ needs and the capacity of private and public entities to respond” and “…intended to eliminate illegal discrimination and level the playing field for disabled individuals.” (Americans with Disabilities Act – Municipal Research and Services Center)

The basic principles of this decree are:

Individuals with disabilities believe that the ADA has made a great difference in their lives. This is reflected by their increased level of participation in mainstream American society, including better access to buildings, more inclusion in the community, and greater access to transportation. But even though the public is more sensitive to and aware of people with disabilities and the challenges they face, there is still much to be done to achieve complete inclusion.

When the ADA was signed into law, it was proclaimed, “Together, we must remove the physical barriers we have created and the social barriers that we have accepted, for ours will never be a truly prosperous nation until all within it prosper.” (Sharing the Dream: Is the ADA Accommodating All? – Executive Summary)

Thirty years later, those words remain true. The passage of the ADA calls for all Americans to commit to end discrimination against people with disabilities, and to be ever mindful that individuals with disabilities are given equal rights with us all to enjoy the privileges of life, liberty and the pursuit of happiness.

Celebrating 30 Years of the ADA

Join the Harkin Institute on July 26 at Noon CT for the 30th Anniversary ADA Virtual Rally.

Grassroots activism was crucial to the passage of the Americans with Disabilities Act three decades ago. Though we can’t meet in person we can still gather online to hear from disability leaders, share personal experiences, celebrate all that has been accomplished and reflect on what still needs to be done.

Register for the event