You are here: Home / Blog and News 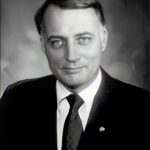 With the passing of Senator David Durenberger on January 31, our state and our nation have lost a true civil rights champion. Senator Durenberger represented Minnesota from 1978 to 1995. His role as a principal co-sponsor of the Americans with Disabilities Act (ADA) in 1990, is perhaps his greatest legacy. His deeply held commitment to ensuring equal rights for all Americans, coupled with perseverance, persuasion, bi-partisan collaboration, and encouraging an engaged citizenry, brought the landmark legislation that changed the lives of millions of Americans with disabilities. 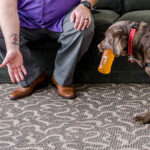 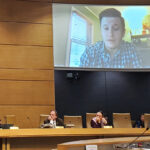 MCD is moved by the passing of Dennis (Denny) Prothero last December. Denny’s story reminds our community that the PCA and homecare shortage is more than a workforce issue. We share his family’s belief that Denny’s legacy is bringing people together – advocates and leaders alike – to move legislation forward. 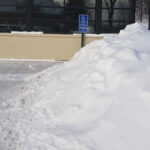 Businesses and other property owners must keep disability parking spaces and access aisles free from obstructions. In the winter, these obstructions include plowed snow. If they don’t, they could be fined up to $500 and be guilty of a misdemeanor. If you come across anything – including plowed snow – in any part of a disability parking space, call your local law enforcement. 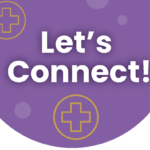 MCD encourages you to attend the Fall/Winter Let’s Connect Event hosted by the Minnesota Department of Health, Minnesota Consortium for Citizens with Disabilities, and The Arc Minnesota. Did you know there’s a new COVID-19 booster for children and adults? It can help protect against serious illness from the omicron variant. Learn from MDH experts about the bivalent booster and how it works. Get answers to your questions, and gain resources to share in your community. 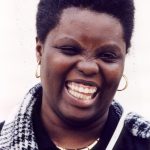 On November 3rd, Lois Curtis died peacefully in her home surrounded by close friends and family. The disability community will remember her as the main advocate in L.C. v. Olmstead (the “Olmstead Decision”). The decision recognized that people with disabilities have the right to live in the least-restrictive environments. It also recognized that people with mental health challenges should, when possible, receive services in community integrated settings.